In a 2021 that’s seen the acceleration of an IPO frenzy and the $100 billion dollar arrival of cryptocurrency giants in Coinbase, it’s perhaps telling of the state of the market that January’s GameStop battle between retail investors and hedge funds still appears to be the story of the year on Wall Street.

The pumping of GameStop shares in late January caused a price hike from $77 to a peak of $483 before a subsequent reversion to $70 some 10 days later. The move itself was fuelled by a concentrated social media-driven short squeeze of huge proportions.

With multiple hedge funds electing to short their GameStop holdings, many significant industry players lost out big during the price hike.

By the end of January 2021, short sellers had lost a collective $12.8 billion in the GameStop saga. Most notable was that of Melvin Capital, having been forced to close its short position on the stock.

At the time, the move, driven by Reddit pages like WallStreetBets and various social media channels, was seen as a seismic powershift from the market manipulation that hedge funds indulge in to that of coordinated retail investors. 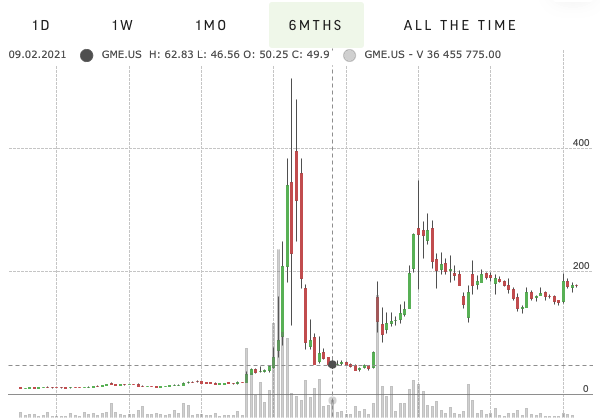 However, as time went on, more retail investors who found themselves buying into the GameStop hype put themselves in the firing line of a significant price correction. As the dust settled some retail investment apps shut up shop in a controversial move to inhibit the manipulation of stocks, it appeared that the biggest victory against hedge funds in recent years was, in fact, a financially beneficial event for many hedge funds all along.

One notable winner was the event-driven hedge fund, Mudrick Capital. With around $2.7 billion in assets, Mudrick Capital reportedly made $200 million on a combination of multiple Reddit-driven stocks – leading to almost a 10% gain in January 2021. Meanwhile, Senvest Management, a more contrarian hedge fund reportedly gained $700 million from the GameStop saga alone.

Even when retail investors join forces to cause shares to rally, it can be extremely difficult for individuals to time the markets – especially when going up against the heavily resourced hedge funds that dominate Wall Street. It’s for this reason that, in the wake of the sage, many traders rejected the stock exchange in favour of cryptocurrency markets.

But is it possible for retail investors to ever consistently outmanoeuvre their hedge fund counterparts? Or is Wall Street perpetually rigged in favour of the house?

The GameStop saga shows the full extent of the power hedge funds hold in Wall Street. The notion that a cluster of social media accounts led the way in generating a spike in GameStop’s price in late  January is in itself a misconception of how the market works.

For Kahraman, small investors are “always going to lose money. They were exploited not only because big investors are exploitative, but also because, even in a perfect market, they cannot compete with informed, sophisticated traders.”

The limitations caused outroar among investors as GameStop’s shares began to decline, leaving many retail investors believing that the app had deliberately restricted purchases as a means of appeasing the hedge funds that were losing out.

However, Maxim Manturov, Head of Investment Research at Freedom Finance Europe notes that Robinhood’s restrictions were likely related to internal liquidity issues: “It was because of those limits that many investors were dissatisfied and filed complaints and claims against Robinhood; the company, however, denies any involvement in assisting third parties, as nobody outside the company influenced the decision on the limits. It is more likely that these restrictions are only about a technical need to provide liquidity, and the company needed to take a break to raise cash in order to cover the cost of transactions and pay off investors who wanted to cash out.”

Despite Robinhood’s limitations coming from an issue with liquidity, it points to an uneven playing field between hedge funds and the accessibility of stocks to retail investors, and another reason why robust hedge funds may have the upper hand over individuals.

Despite the gloomy outlook for retail investors, it hasn’t stopped them from outperforming their more resourceful hedge fund counterparts across 2020 – with retail favourites returning significant profits over the HFRX hedge funds index.

Over the past year, however, we’ve seen a significant surge in investors – possibly owing to the new levels of free time generated by the COVID-19 pandemic. What’s impressive is that these new investors have been effective traders, with data from Stake suggesting that, on average, retail investors have achieved a profit of 47% in 2020.

According to Matthew Leibowitz, CEO of Stake, “it’s really just the tip of the iceberg of a deeper trend that has been fuelling rapid growth through 2020 and into 2021. More and more retail investors are recognising the incredible opportunity of the US market, one worth $37 trillion and home to some of the world’s largest and most exciting companies. So far this year, 75,000 customers across the globe signed up to Stake, and we have seen over 500,000 trades executed totalling over $800 million.”

While hedge funds possess the experience, tools and resources needed to be successful in the marketplace, investment patterns across 2020 and 2021 have indicated that there’s still room for retail investors in trading, and that individual investors can even thrive in comparison to their hedge fund counterparts.

Although GameStop may not have been the giant killing that it first appeared to be, the continued performance of retail favourites shows that even in Wall Street, David can gain the upper hand over Goliath.